How to Escape a Polar Vortex (Or, In My Dreams I am Sarah Jessica Parker) 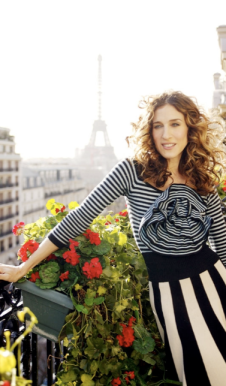 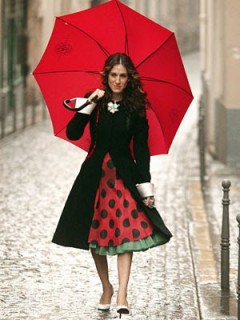 The polar vortex has me in a rut. Nothing too serious, but the past few days have definitely been an “it’s too cold to leave the house so why even change out of my pajamas?” situation.

Such are the dangers of working from home. In spending a year trying to channel my favorite celebrities for my upcoming book Jennifer, Gwyneth & Me, I was able get myself in the habit of getting dressed in the morning (I know this shouldn’t even need to be a habit and instead, like, common courtesy, but it’s surprisingly easy to find yourself at 4 pm still in PJs) but polar vortexes throw a wrench in that lifestyle. The temperature was something like -11 degrees yesterday. It hurt to breathe when I left the house to get my diet coke.

As a result, I’ve spent a lot of time daydreaming about vacations. For some reason I can’t stop thinking about Paris, which is strange because it isn’t especially warm there either (though it’s currently 42 degrees, which I’d take in a heartbeat). And my daydreams aren’t even of regular Paris, but specifically of Carrie-Bradshaw-at-the-end-of-Sex-and-the-City Paris. You know, when she’s wearing the striped top with the big rose, or meeting bookstore owners who want to throw her impromptu dinner parties with too much wine. In my daydreams,  I am the one carrying the red umbrella and wearing the polka-dot dress and heels, despite knowing that walking cobblestone streets in heels is difficult and painful and horribly un-graceful and I would most definitely sprain an ankle.

Am I the only one who does this? Does anyone else find themselves fantasizing not just of warmer climates, but of themselves as fictional characters IN those climates? Someone out there has daydreamed of being Audrey Hepburn outside Tiffany’s, right? Or in The Holiday’s version of LA, Kate Winslet-style? Maybe I should just put on some heels and walk around the house. It’s not Paris, but heels may be the lift (har har) I need.

9 responses to “How to Escape a Polar Vortex (Or, In My Dreams I am Sarah Jessica Parker)”